I first heard this concept of Rs.2 per kg of rice when I was in my intermediate. At the time it was introduced in Andhra by the charismatic NTR. My English Lecturer waxed eloquently on the virtues of this scheme for eradicating poverty. Far sighted he was, he cautioned that next year the price should be increased by atleast 20 paisa so that it does not become a burden on the exchequer. That was 20 years ago but the Rs.2 per kg rice slogan is yet to desert the landscape of Indian Politics. Orissa Government is shortly to start giving Rs.2 per kg rice to poor people.
20 years back the price of one kg good quality rice in the market was around Rs.12. There was economic sense in giving it at Rs.2 but today what sense it makes. Today good quality rice in the market is around Rs.30. Very well this rice can be given free of cost. What difference will an additional Rs.2 burden on the drowned finances of most state governments? How many more elections have to be won on the basis of this Rs.2 per kg of rice? When will this amount be raised?
The only saving grace for this Rs.2 per kg of rice drama enacted by our politicians is a national sample survey which shows that nearly 20% of the population survives on a daily income of Rs.12 (refer my blogs http://indiaregion.sulekha.com/blog/post/2008/02/surviving-24-hours-at-rs-12.htm or http://balu036.blogspot.com/2008/02/surviving-24-hours-day-at-rs12.html) . Even in this case the blame squarely rests with the politicians that despite 9% growth, people have such meager incomes. People should boycott political parties which make them look like beggars instead they should ask for more income earning opportunities.
nation;India;rice;poor

Popular posts from this blog

Hebbe Falls, Kemengundi - One Pristine Sight of Nature that has not been lost in the urge to improve tourism 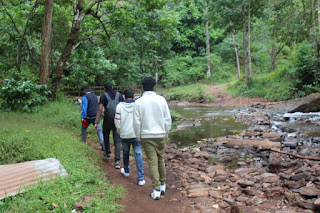 There is enough material about Hebbe Falls in the net. The best thing about it is the authorities have preserved it pristine nature. No attempt has been made to lay all weather roads to the Falls and thus marring the nature. The ride is bumpy and only permitted through jeeps, and that is the best part of it. Wish all authorities show the resolve that the authorities here have shown to ensure that our forests, monuments, falls, etc are allowed to remain intact and not lost in making life comfortable for tourists. Let us allow the future generations to enjoy the raw beauty

The Rs.3200 we pay for the jeep of 8 people is a pittance. You get a good massage of your bones enroute thanks to the road which should remind you of the Lord of The Rings. Enjoy a few pictures I took. While you go there remember to wear shoes and thick socks, leeches are waiting to suck your blood physically while the civilised world does it outside literally. Be careful of the vipers, though nothing can be done abo…
Read more

A Few Pics Of The Charming Kemmannugundi 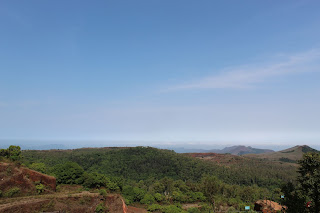 Kemmannugundi (or Kemmannagundi) derives its name from three Kannada words - Kempu (red), mannu (soil) and gundi (pit). Kemmannugundi was established as the summer retreat of Krishnaraja Wodeyar IV. He later donated this resort to the Government of Karnataka. The Horticultural Department of Karnataka now develops and maintains the resort and its surroundings.

Kemmangundi to Mulayanagiri : A Drive In Serenity 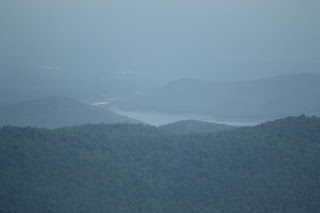 All the images are duplicated, sorry about that