A Day In The Life Of A Biryani Lover

Have you ever confessed love for a particular item, I mean, food item? I don’t hide my love for mutton biryani, to the extent that, my name has been prefixed by the word mutton biryani on many an instances. A few of my friends have suggested that I’ve an Obsessive Compulsory Disorder for Mutton Biryani and they are not any farther from the truth than a motorist would be from a pothole on Bengaluru road. There are days when everything appears to me like a biryani usually when a weekend is approaching and I’ve planned to have biryani at a particular place. Here is a narration of one such day.

Usually, I wake up as fresh as a biryani which has not been eaten for days but on this particular Friday I woke up with all the anticipation of a weekend. 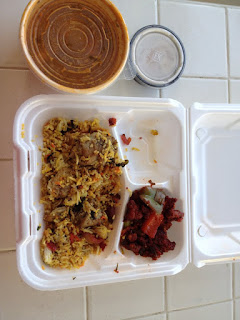 To begin with I had to burn the calories, which is a more difficult process than making a Hyderabadi Biryani. Just because I eat a lot of goat’s meat, Oats is what I get at breakfast to eat.

After all the jogging and exercising I come back home only to get a look spicier than an Andhra Biryani look from my wife, just because I did not switch off the balcony lights and forgot to bolt the main gate. 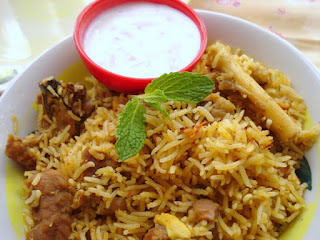 The drive to office was very pleasant and I was able to find the green signal always. It was like having an Awadhi Biryani. 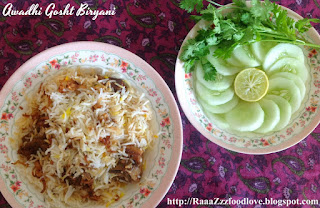 There was one BMTC bus which was emitting smoke as dark as a Dindugul Biryani. 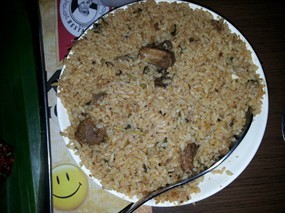 Then came my Secretary looking like as delicious as  a Thallasery Biryani but not within my reach. 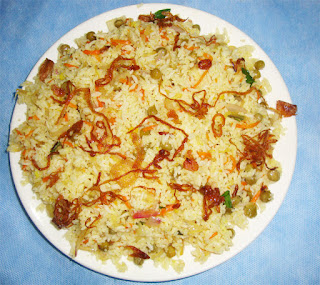 I found my boss to be in a spicier mood than a Dhone Biryani. 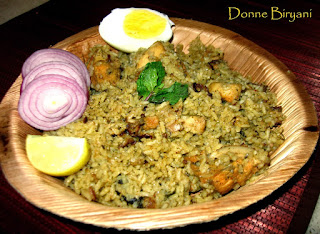 The meetings are as boring and tasteless as a biryani prepared in a five-star hotel for European tourists.

Lunch in canteen by providence was Vegetable Biryani 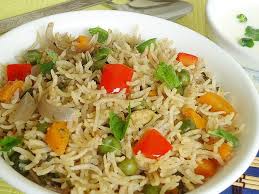 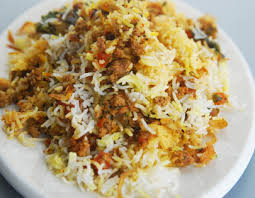 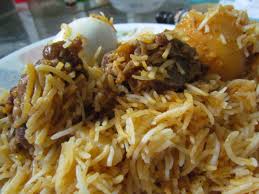 Finally, the day was over, the weekend had begun. I felt like having Ambur Biryani, which I did. 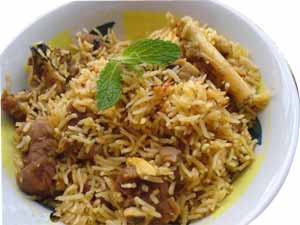