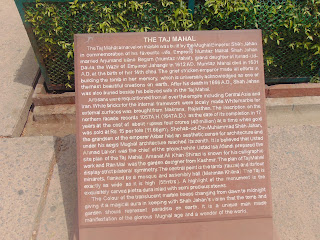 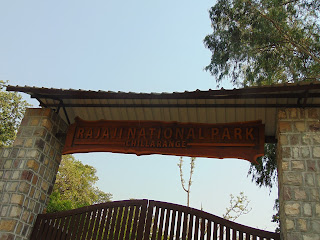 Rajaji National Park is an Indian national park and tiger reserve[1] that encompasses the Shivaliks, near the foothills of the Himalayas. The park is spread over 820 km2.,[2] and three districts of Uttarakhand: Haridwar, Dehradun and Pauri Garhwal. In 1983, three wildlife sanctuaries in the area namely, Chilla, Motichur and Rajaji sanctuaries were merged into one.
Rajaji National Park has been named after C. Rajagopalachari (Rajaji), a prominent leader of the Freedom Struggle, the second and last Governor-General of independent India and one of the first recipients of India's highest civilian award Bharat Ratna (in 1954).

Source:- Wikipedia
Click Here For All That You Want To Know About Rajaji Tiger Reserve
My Personal Experience

For an out and out urbanite like me, whose closest contact with wild animals is in a zoo, the safari began with all the excitement. Not that I've not been for a forest safari before, but this was the first time I have been in a forest safari in an open jee…
Post a Comment
Read more
More posts