A Few Gems From `Ice In The Bedroom' By PG Wodehouse

Have you ever read a funnier rendition on two broken hearts or rib-tickling description of an act of betrayal?
There had been a time, and not so long ago, when he and Sally had been closer than the paper on the wall – everything as smooth as dammit, each thinking the other the biggest thing since sliced bread and not a cloud on the horizon. And then, just because she found him kissing that dumb brick of a Bunting girl at that cocktail party – the merest civil gesture, as he had tried to explain, due entirely to the fact that he had run out of conversation and felt that he had to do something to keep things going – she had blown a gasket and forbidden the banns.

Why the lawyers of that day didn’t ask for a ban on this book or deletion of this portion after reading it or were they too busy to read this book?
In the inner lair where he lurked during business hours, Mr Shoesmith was talking to his daughter, Mrs Myrtle Prosser, who had looked in for a chat as she did sometimes – too often, in Mr Shoesmith’s opinion, for he disliked having to give up his valuable time to someone to whom he could not send in a bill.
How many of your bosses have or had to say this about you?
`I didn’t know he worked here’
`It is a point on which I am somewhat doubtful myself’ said Mr Shoesmith `Much depends on what interpretation you place on the word `work’. To oblige his uncle Lord Blicester, whose affairs have been in my hands for many years. I took him into my employment and he arrives in the morning and leaves in the evening, but apart from a rudimentary skill in watching the clock, probably instinctive, I would describe him as essentially a lily of the field, Ah, Mr Widegon’.
Mr PG Wodehouse, thank heavens that you were not in India writing this line about any fictional legend.
She did not resemble her father, who looked like a cassowary, but suggested rather one of those engravings of the mistress of Bourbon kings which make on feel that monarchs who selected them must have been men of iron, impervious to fear, or else short-sighted. She always scared Freddie to the marrow. With most of the other sex he was on easy terms – too easy was the view of his late fiancée – but the moon of Oofy Prosser’s delight never failed to give him an uncomfortable feeling in the pit of the stomach and the illusion that his hands and feet had swelled unpleasantly.
You surely don’t want to hear this from your boss
`You see, when you fail to appear, we become nervous and jumpy. Some accident must have occurred, we whisper to each other, and these gruesome speculations, so bad for office morale, continue until some clear thinker like Mr Jervis points out that it would be a far greater accident if you were ever on time’
The lawyers of that day were truly gracious
Johnny doesn’t even embezzle his client’s money, which I should have thought was about the only fun a solicitor can get out of life.

This is epic
The problem of how to attract his attention had presented itself. `Hi’ seemed lacking in dignity. `Hoy’ had the same defect. And `Freddie’ was much too friendly. What she would really have liked, of course, would have been to throw a brick at him, but the grounds of Castlewood, though park-like, were unfortunately lacking in bricks

Men admit you have felt the same
There is something about the monosyllable `Oh?’, when uttered in a cold, level voice by the girl he loves, that makes the most intrepid man uneasy. Freddie had been gifted by Nature with much of the gall of an Army mule, but even he lost a little of his animation.
Women you cannot be this unfair.
Nothing is more irritating to a woman of impatient habit, wanting to get the news headlines quick, than to try to obtain them from a man who seems intent on speaking in riddles, and a less affectionate wife than Dolly might well at this point have endeavoured to accelerate her husband by striking him with cocktail shaker. It is to her credit that she confined herself to words.
It is rather difficult if you come across a female like this
When you’re up against a dame with glittering eyes and one finger on the trigger of a shot-gun, that’s an ordeal, and don’t tell any tell you different

We all have this Senior or Colleague
To set the seal on his happiness, someone at the office, just before he left, had dropped a heavy ledger on the foot of Mr Jervis, the managing clerk, causing him a good deal of pain, for he suffered from corns. In the six months during which he had served under the Shoesmith banner Freddie had come to dislike Mr Jervis with an intensity quite foreign to his normally genial nature, and he held very strongly that the more ledgers that were dropped on him, the better. His only regret was that it had not been a ton of bricks.

Yes, We just don’t want to meet some people again for various reasons some clandestine also
It is inevitable, as we pass through life, that we meet individuals whom we are reluctant to meet again. Sometimes it is the way they clear their throats that offends us, sometimes the noise they make when drinking soup or possibly remind us of relatives whom we wish to forget. It was for none of these fanciful reasons that Dolly preferred not to encounter Mrytlle Prosser.
This Dolly is the type of wife every man wants
She loved him dearly and yielded to no one in her respect for his ability to sell worthless oil stock to the least promising of prospects, but, except for this one great gift of his, she had no illusions about his intelligence. She knew that she had taken for better or worse one who was practically solid concrete from the neck up, and she liked it. It was her view that brains only unsettle a husband, an she was comfortably conscious of herself possessing enough for the two of them.
We all have more of the second type of lunches with colleagues whom we don’t like
There are lunches which are rollicking from start to finish, with gay shafts of wit flickering to and fro like lightning flashes, and others where the going is on the sticky side, and a sense of oppression seems to weigh the revelers down like a London fog. The one presided over by Lord Blicester at the restaurant of Barribault’s Hotel fell into the second class.
Those relatives, they are always fair weather friends.
The difference between the way an uncle looks at a nephew who has lost his job and whom there is a danger of him having to support, and a nephew who has large holdings a fabulously rich oil company is always subtle but well marked.
These lovers, they just don’t move on
He turned away, with sinking heart. He knew what happened when young men and girls stood in earnest conversation on any given spot. They stayed fixed to it for hours.

This is how to deal with women, men should learn
A man experienced in dealing with the female sex knows that the policy to pursue, when a woman issues an order, is not to stand arguing but to acquiesce and then go off and disobey it. 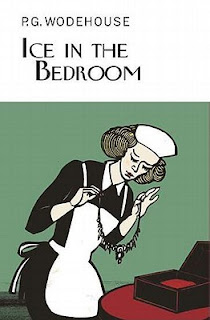