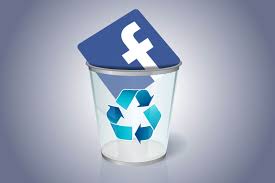 It is said that a certain Cambridge Analytica used the Facebook platform to collect data and use it to influence elections in certain countries. As far as I know in India, it is Bottle, Biryani and Brotherhood (Caste, Language and Religion) that influence elections. How data could have influenced elections is beyond my comprehension.

Then comes Brian Acton, who co-founded Whatsapp and sold it to Facebook, and he has started a delete Facebook campaign. How ungrateful can one be. Don’t know about other countries of the world, but myself with the legendary snobbery, indifference and hypocrisy so special to an Indian won’t pay heed to his call. When a market as big as India stays indifferent to Brian Acton clarion call, Facebook need not, worry about the adverse impact. We Indians cannot imagine a world without Facebook. Can Brian Acton find us a better platform which is free but does not steal our data to pursue our life goals.

How do I make known to my family and friends that I am travelling by an aeroplane? Just imagine the resources I have to commit to make my friends jealous. There have been many occasions when I have been to a petrol bunk near a five star hotel, but checked into the hotel on Facebook, just to show off. How will I get such exquisite pleasures of life, if I care about data privacy?

How do I flaunt my mediocre photography skills to a larger audience? How do I let my relatives know that I read Kalil Gibran? Quoting liberally from the books that I read has made people believe that I have something between my ears. Where will I post my pictures from the various marathons I run? What is the point in going on a trek, if I don’t update from my tent, that the place where we have camped is blissful thanks to the poor connectivity?

Don’t you think it is a nasty thing to eat a well-made, home-made biryani and not let it known to my friends? I don’t believe in saying my prayers before having my food but I do let people know how lucky I am by posting picture of the food I have.

How do I know which legendary warrior matches me in temperament or who secretly loves me? Is there a better way to massage my ego than by trying out the various apps which tell me that I look younger than my physical age? I have understood a lot about farming playing Farmville. Can this knowledge be given through any other platform?

People don’t understand the seriousness of not sharing a god’s photograph. I know the consequences; I have been dead a hundred times for not doing it. This blog is not written by me but my zombie. I have lost billions of dollars by not sharing the original picture of many saints.

There is no way I can refrain myself from distorting history and current affairs by sharing unsubstantiated stuff. Facebook has hardly any abuse, possibly one of the reasons why they did not bother about abusing your data.

Morning, weekends, birthdays and festivals will lose their charm without the Facebook wishes. I unfailingly wish all my relatives a happy birthday thanks to FB. Do you want me to lose my relations, Mr Brian Acton? Some people join Facebook only to add their relatives as friends. Is there a better way to show commitment to one’s kith and kin? Then there are a few relatives who stalk the unmarried ones on Facebook. Can those who want us to delete FB, provide us a better Mom Information Service (MIS)?

Facebook matches the Indian temperament. If you want me to delete Facebook, show me a better social media platform. Don’t talk about data security. We Indian men don’t mind defecating in public, data security is of no consequence to us. They would have got more reliable data about my political preferences, if only they had given me a free plate of mutton biryani, and put my name in a draw of lots for a trip abroad. Nobody knows more better about me than me. To that extent, I am offended with the Cambridge Analytica.

I usually believe in candle light marches so to sympathise with this cause I propose to uninstall FB, downgrade its ratings to 1, and later reinstall the app. Facebook addiction is a Very Indian Problem, I am a true Indian and I am not deleting Facebook