Marvels Yesterday, Gravels Today - A nostagic look at Marvels which dazzeled us once!! 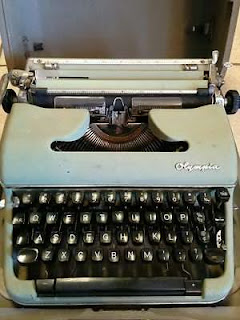 The new always replaces the old. We are nostalgic about things from the past which were once marvels that dazzled us. Today they are extinct and only the memories are left behind:

Black & White TV –In 80's, a household which had one was considered a middle class family. Today nobody manufactures a B&W TV.

Pagers – I think no other invention has had a shorter shelf life than pagers. It was a status symbol but today there is not even one company which offers pager services. SMSes have completely devoured this form of communication.

Record Players & Cassette Players – It has been years since I have seen a cassette player. It was such a craze to have a two in one at your home.

Steel Gift Items – It was such a craze to give steel pots, buckets, containers as gifts on every mentionable occasion. Thankfully it has become a thing of the past

Floppies – What a marvel it was once, where are they today?

Telex & Telegrams – Telegrams are still around but I don’t know who uses it. Telex are truly extinct but once they dominated office communication like fax and emails do today.

Stencil Cutting & Cyclostlye Copies – They are the forefathers of photocopiers but the process was truly cumbersome. First you had to stencil cut a document and later cyclostyle it.

Bajaj Scooters – This is one process of extinction which hurt me the most. By the time I could start earning Bajaj scooters were never a status symbol and when I wanted to buy they were on their way out.

TV Antennas – Every household had one. It was a common sight to find people atop their roofs adjusting the position of antennas. Cables and DTH have put them out of business.

DD Metro – It was the ultimate compliment for DD National. The programming concept was more entertaining and liberal. For some reasons better known to Mandi House bosses, this channel became extinct.

The process of change is always going to be there. Ever thought what from our today's could become extinct tomorrow. Could it be the cumbersome hard disks, the space consuming LCD TV's, the slow scanners, the lethargic pens, what could it be? Today's Marvel is sure to be tommorrow's Gravel.
- August 20, 2010