Could remorse have been expressed more delightfully?
`The word “entertained” is not well chosen, Jeeves. If locking a fellow in his bedroom, as near as a toucher with gives upon his wrists, and stationing the local police force on the lawn below to ensure that he doesn’t nip out of the window at the end of a knotted sheet is your idea of entertaining, it isn’t mine, not by a jugful’

Here is one more,

`Perhaps one his newts had got tonsillitis or something’
`It is conceivable, sir’
`You’ve never kept newts, have you?’
`No, sir’

How about this sarcastic snipe at the back?

`What’s he like?’
`One of those horrors from outer space. It may seem a hard thing to say of any man, but I would rank Sir Watkyn Bassett as an even bigger stinker than your father’
`Would you call father a stinker?’
`Not to his face, perhaps’
`He thinks you’re crazy’
`Bless his old heart’
`And you can’t say he’s wrong. Anyway, he’s not so bad, if you rub him the right way’
`Very possibly, but If you think a busy man like myself has time to rubbing your father, either with or against the grain, you are greatly mistaken. The word `stinker’ by the way,  remind me that there is one redeeming aspect of life at Totleigh Towers,  the presence in the village of the Rev. HP (Stinker) Pinker, the local curate. You’ll like him. He used to pay football for England. But watch out for Spode. He’s about eight feet high and has the sort of eye that can open an oyster at sixty paces. Take a line through gorillas you have met, and you will get the idea’

Is it possible to express Sir Watkyn Bassett’s hatred for Bertie in a better way?
`Then let me explain where your whole scheme falls to the ground. To begin with, is it likely that after what has passed between us Sir Watkyn B, would issue an invitation to one who has always been to him a pain in the neck to end all pains in the neck? If ever there was a man who was in all favour of me taking the high road while he took the low road, it is this same Bassett. His idea of a happy day is one spent with at least a hundred miles between him and Bertam’

Bertie’s aversion for Madeline Basset expressed in a rib tickling manner
The facts may be readily related. Gussie, enamoured of the Bassett, would have like to let her in on the way he felt, but every time he tried to do so his nerve deserted him and he found himself babbling about newts. At a loss to know how to swing the deal, he got the idea of asking me to plead his cause, and when I pleaded it, the Bassett, as pronounced a fathead as ever broke biscuit, thought I was pleading mine. She said she was so sorry to cause me pain, but her heart belonged to Gussie. Which would have been fine, had she not gone on to say that if anything should ever happen to make her revise her conviction that he was a king among men and she was compelled to give him the heave-ho, I was the next in line, and while she could never love me with the same fervor she felt for Gussie, she would do her best to make me happy. I was, in the position of the Vice-President of the United States of America who, while feeling that he is all right so far, knows that he will for it at a moment’s notice if anything goes wrong with the man up top.

I can well imagine that a casual observer, if I had confided to him my qualms at the idea of  being married to this girl, would have raised his eyebrows and been at a loss to understand, for she was undeniably an eyeful, being slim, svelte and bountifully equipped with golden hair and all the fixings. But where the casual observer would have been making his bloomer was in overlooking that squashy soupiness of hers, that subtle air she had of being on the point of talking baby talk. She was the sort of girl who puts her hands over a husband’s eyes, as he is crawling in to breakfast with a morning head, and says `Guess who?’

Jeeves  tells it in no uncertain times what he feels about Bertie Wooster’s hat
`You remember the day I lunched at Ritz’
`Yes, sir. You were wearing an Alpine hat’
`There is no need to dwell on the Alpine hat, Jeeves’
`No, sir’
`If you really want to know, several fellows at the Drones asked me where I had got it’
`No doubt with a view to  avoiding your hatter, sir’

I can relate somewhat to Fink-Nottle on this point, given my propensity to consume biryani
`I regret to inform you, sir, Miss Bassett has insisted on Mr Fink-Nottle adopting a vegetarian diet. His mood is understandably disgruntled and rebellious’
I tottered. In my darkest hour, I had never anticipated anything as bad as this. You wouldn’t think it to look at him, because he’s small and shrimplike and never puts on weight, but Gussie loves food. Watching him tucking into his rations at the Drones, a tapeworm would raise its hat respectfully, knowing that it was in the presence of a master. Cut him off, therefore, from the roasts and boileds and particularly from cold steak and kidney pie, a dish of which he is inordinately fond, and you turned him into something fit for treasons, stratagems and spoils, as the fellow said – the sort of chap who break an engagement as soon as look at you.

Bertie expresses his hatred for Stoker in no uncertain terms

I wasn’t surprised. To have come clean to the paternal parent would have been to invite hell of the worst description. Old Stoker was not the type of father who laughs indulgently when informed by a daughter that she has lost her chemise and foundation garments at the races. I don’t suppose he has ever laughed indulgently in his life. I’ve never ever seen him even smile. Apprised of his child’s goings-on, he would unquestionably have blown his top and reduced her to the level of a fifth-rate power. I have been present on occasions when the old gawd-help-us was going good, and I can testify that his boiling point is low. Quite rightly had she decided that silence was best.
Here he’s conveying how much of a disgusting person Pop Basset is.

A thing about this undersized  little son of a bachelor, I ought to have mentioned earlier is that during his career on the bench he was one of those unpleasant sarcastic magistrates who get themselves so disliked by the criminal classes. You know the type. Their remarks are generally printed in the evening papers with the word `laughter’ after them in brackets, and they count the day lost when they don’t make some unfortunate pickpocket or some wretched drunk and disorderly feel like a piece of cheese. I know that on the occasion when we stood face to face in Bosher Street police court he convulsed the audience with three solid jokes at my expense in the first two minutes, bathing me in confusion. `Indeed?’ he said. `Might I inquire why you were conducting your literary researches in the dark? It would surely have been well within the scope of even your limited abilities to press a light switch.’

For some time Stiffy monopolized the conversation, not letting me get a word in edgeways. Women are singularly gifted in this respect. The frailest of them has the lung power of a gramophone record and the flow of speech of a regimental sergeant major. I have known my Aunt Agatha to go on calling me names long after you would have supposed that both breath and inventiveness would have given out.

About Spode being knocked out by Stinker
It was a superb spectacle while it lasted, and I was able to understand what people meant when they spoke of the church militant. A good deal to my regret it did not last long. Spode was full of the will to win, but Stinker had the science. It was not for nothing that he added a Boxing Blue to his Football Blue when at the old Alma Mater. There was a brief mix-up, and the next thing one observed was Spode on the ground, looking like a corpse which had been in the water several days. His left eye was a swelling visibly, and a refree could have counted a hundred over him without eliciting a response.

Taking a swipe at Marriages
`All marriages are disastrous’ said Plank, who gave one the impression, reading between the lines, that he was a bachelor `They lead to bonny babies, and bonny babies lead to bonny baby competitions. I was telling this gentleman here of an experience I had in Peru and showing him the scar on my leg, the direct result of being ass enough to judge one of these competitions. Would you care to see the scar on my leg?’
`I’m sure, she will. We’re going to be married’
`Good God! No chance of getting out of it?’
`I don’t want to get out of it’


`Amazing! I once hitch-hiked all the way from Johannesburg to Cape Town to avoid getting married, and here you are seeming quite pleased at the prospect. Oh, well, no accounting for tastes.’ 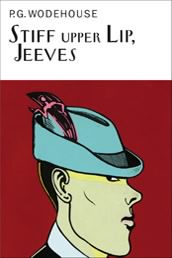