Har Ki Pauri is a famous ghat on the banks of the Ganges in Haridwar in Uttarakhand state in India. This revered place is the major landmark of the holy city of Haridwar. Literally, "Har" means "Lord Shiva" who is the god according to shaivite school of Hindu theology, "ki" means "of" and "pauri" means "steps". Lord Shiva and Lord Vishnu are believed to have visited the Brahmakund in Har ki Paudi in the Vedic (ancient period) times. There is a large footprint said to belong to Lord Vishnu on a stone wall.Har Ki Pauri is believed to be the exit point of the Ganges from the mountains and entry into the plains. An area within Hari ki Pauri, where the evening Ganga Aarti takes places and which is considered most sacred is known as Brahm Kund, The spot where the nectar (Amrita) fell is today considered to be Brahma Kund at Har-Ki-Pauri (literally means footsteps of the Lord) which is the most sacred ghat in the Haridwar. Thousands of devotees and pilgrims flock here from all over the world to take a holy dip; it is believed that a dip here will wash away their sins or Karma and provide Moksha. The ghat is on the west bank of Ganges canal through which the Ganges is diverted just to the north. Har ki pauri is also the area where thousands of pilgrims converge and the festivities commence during the Kumbha Mela, which takes place every twelve years, and the Ardh Kumbh Mela, which takes place every six years and the Punjabi festival of Vaisakhi, a harvest festival occurring every year in the month of April.King Vikramaditya constructed this sacred ghat in memory of his brother Bhatrihari who it is believed had come to Haridwar to meditate on the banks of the Ganga. This ghat later came to be known as Har-Ki-Pauri (also called Brahamakund). At twilight, golden hues of floral diyas reflected in the river Ganga present the most enchanting sight. The imprint of Lord Hari's footprint hallows the riverbank temple here. The ghat is regarded the most sacred and auspicious point to bathe in the Ganga during the Kumbh held after 12 years and Ardh Kumbh after 6 years. 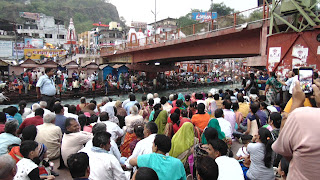 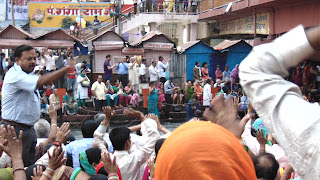 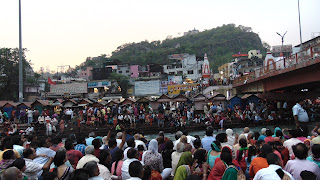 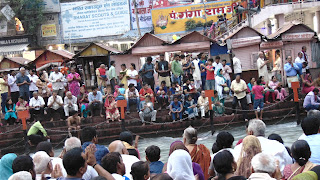 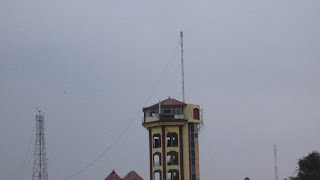 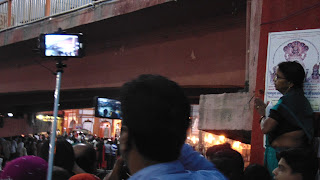 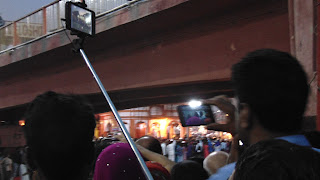 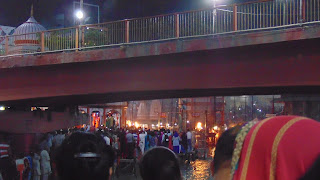 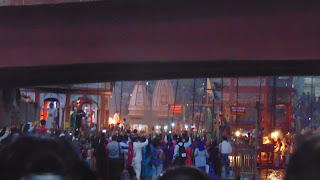 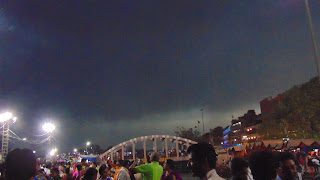 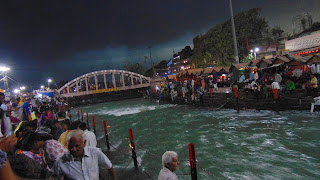 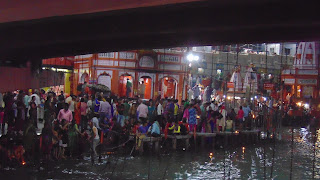 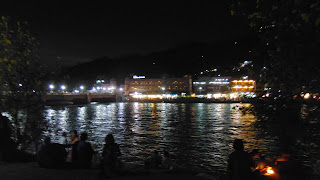 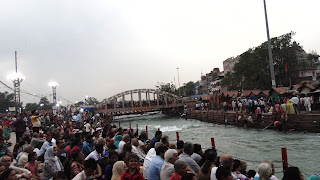 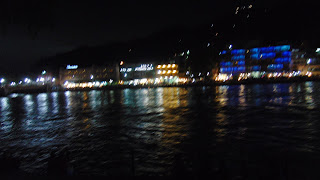